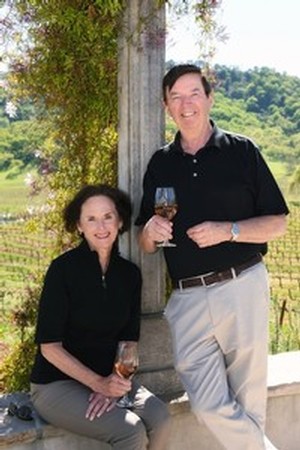 Bill Murphy is the CEO and co-founder of Clos LaChance Winery. He runs day-to day management operations in all aspects of the business. He retired in 2000 after 30 years in the high-tech business as Director of Internet Marketing at Hewlett-Packard. His passion for wine was invoked in his formative years after working part-time jobs at the local white-tablecloth restaurant in Lawrence, MA. A move to Northern California created the opportunity to make wine on a hobby level. Clos LaChance was born from this hobby “run amok,” and Bill’s true passion in life has been “unearthed”—to develop a successful family wine business.  Throughout both his careers in technology and the wine industry, Bill has been very active in industry and non-profit advisory boards. He currently resides as Chairman of the Board of Visitors and Fellows at U.C. Davis’ Department of Viticulture & Enology.

Brenda Murphy’s maiden name (LaChance) was the inspiration for naming the family winery. Brenda graduated from Rivier College with a degree in education. After teaching for nearly 7 years, Brenda raised her two children, Cheryl and Kristin. She is now directing Clos LaChance’s daily operations, including managing the staff, Human Resources, Compliance, Accounts Payable and Insurance. Brenda is also a gourmet cook, and contributes to the e-mail newsletter with recipes; each one paired carefully with Clos LaChance’s wines. Brenda loves to showcase her namesake wines at local gourmet stores, talking food and wine with other enthusiasts. 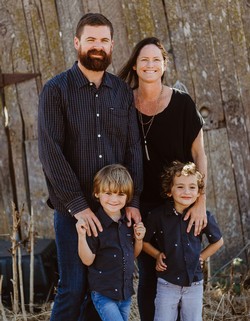 Kristin Murphy, Bill and Brenda’s youngest daughter, built the highly successful Events business from scratch, hosting over 50 weddings annually since 2002. She also manages Clos LaChance’s corporate events and the Direct Sales Channel, which includes the Wine Club, Internet and Tasting Room.  Her customer service skills and attention to detail have been a considerable asset in managing these high-touch pieces of the Clos LaChance “empire.” Kristin also enjoys spending time in the market calling on accounts and pouring wine at tastings. Kristin lives in Santa Cruz with her husband Steve (Clos LaChance’s Assistant Winemaker) and her two children. 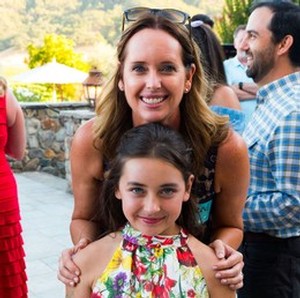 Cheryl Murphy Durzy is the founder and CEO of Liberation Distribution. Before her latest enterprise, Cheryl served as Vice President of Sales and Marketing for Clos LaChance Winery. She had worked alongside her family for 15 years, having spent the early part of her career in high-tech public relations. She sits on several industry boards, including the California Sustainable Wine Association and Free the Grapes. She received certificates from the OIV Wine Marketing Program and the Court of Master Sommeliers. Cheryl lives in the Willow Glen neighborhood of San Jose with her husband and two children.

VP of Winery and Vineyard Operations 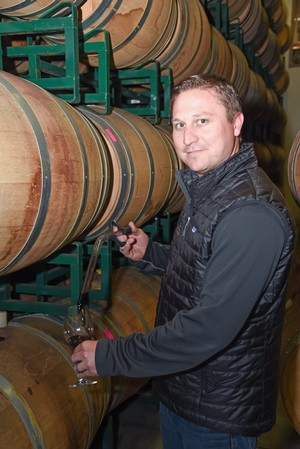 Jason Robideaux is Clos LaChance’s VP of Winery and Vineyard Operations, overseeing all activities that take place on the production floor. These include all wine movements, treatments and adjustments that may take place in the crush pit, tank cellar and/or the barrel cellar as well. Jason also helps manage bottling schedules and supply inventory for CLC products. He joined the Clos LaChance team just prior to the 2007 crush, after recently returning from the Hunter Valley in Australia’s beautiful Wine Country, where he worked the 2007 Harvest Season as a Vintage Winemaker for Rosemount Estate. Prior to working the 2007 crush in Australia, Jason has worked all over the state including Valley of the Moon Winery in Sonoma and TAZ Vineyards in Templeton, where he focused most of his duties on Lab and Cellar work. Jason attended Cal Poly, San Luis Obispo where he received his degree in Wine and Viticulture emphasizing in Enology. When Jason is not running in between barrels and climbing in and out of tanks, he enjoys playing and watching sports like Football, Baseball and Golf. Go 49ers! Go Giants! 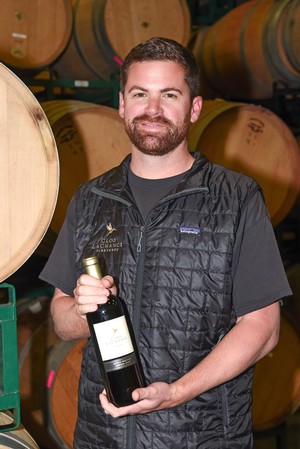 Steve Driscoll is the Winemaker at Clos LaChance. Steve joined the team prior to the 2009 Harvest Season. Steve Graduated with a degree in Wine and Viticulture from the University of Cal Poly, San Luis Obispo. Shortly after graduation Steve spent 2 years roaming the cellar of Edna Valley Vineyards in SLO, in which he helped produce fine Pinot Noir and Chardonnays. After his time at Edna, Steve headed back to his home town of Livermore where he took the position of Cellar Master for Ruby Hill Winery. Ruby Hill is one of the oldest wineries in the Livermore Valley, producing great California Zinfandels and Petite Sirahs. In the winter of 2009 Steve set off for New Zealand to expand his knowledge of winemaking and new world wines. He worked for a large custom crush facility producing well known staples of the industry, like Kim Crawford and Little Penguin. After traveling the world, Steve came back to the Central Coast to find himself here at Clos LaChance. In his short time here Steve has grown within the company and moved up at a rapid pace. His knowledge of the cellar and his passion for producing fine wines is unrivaled, and possibly only matched, by his passion for Metallica and Def Leppard. 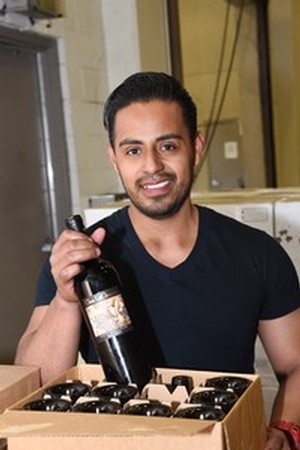 Ulises Barron is the Barrel Master for Clos LaChance. Ulises Joined the Clos LaChance team in the summer of 2005. New to the wine industry, he quickly took a liking to the hard work and rewarding aspect the production of fine wines gives. Ulises has become a staple around the winery and has grown his knowledge of the cellar as well as fine wines themselves. He first came to Clos LaChance not knowing the difference from a red wine and a white, yet now he is well versed in not only the subtle nuances of wines, but an in-depth knowledge of how each wine is produced. In his spare time Ulises loves spending time with his beautiful daughter Nelly and playing soccer with his friends. 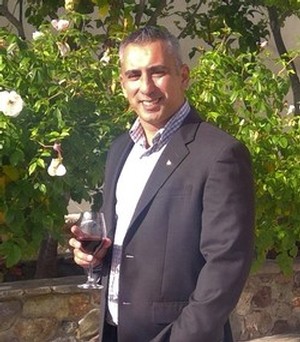 Michaelangelo Kallman is the California Sales Manager. Michaelangelo (yes, he really does go by the whole first name) graduated from the University of Pacific with the hopes of a career in the business of sports. But he fell in love with wine while working for a local family restaurant for almost 10 years. He then spent the first 9 years in the industry working on the distributor side in the local market of the South Bay in California. Working for the California distributor, Wine Warehouse, Michaelangelo brings immeasurable experience to Clos LaChance Vineyards.  Michaelangelo will now be responsible for promoting and selling Clos LaChance wines in all channels of the California market. 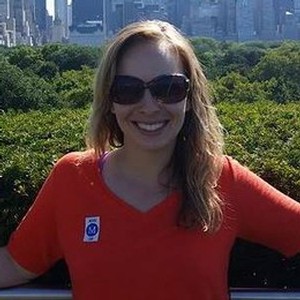 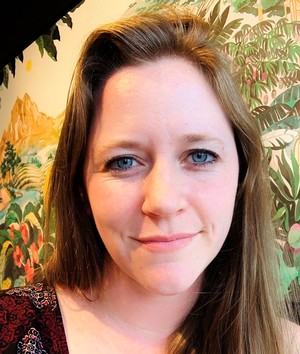 Julianne Winter is Clos LaChance's Sales and Marketing Assistant. She joined the Clos LaChance team back in early 2020, and although she had some time away during the chaos of that year, she has been back and working for the winery yet again since March 2021. Julianne's pallet has grown more diverse with age, and in the warmer months, she enjoys the lightly oaked flavors of the Monterrey Chardonnay and in the wintertime prefers the robust flavors of our Cabernet Sauvignon. Little known fact, her expertise in sales and marketing came from her other career as an author and illustrator of children's books. She is also a crochet designer teaching others to crochet on Ink & Stitches YouTube. Any spare time she has is spent with her family, out and about, or unwinding at home. 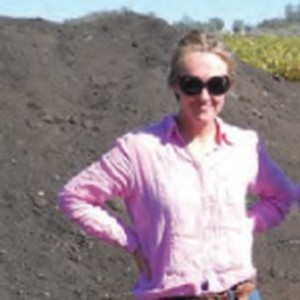 Melinda has managed vineyards all over the world including Australia, Mexico, South Africa, and several appellations in California. Her enthusiasm and joy are as extensive as her experience.